In 2000 I wrote an article for PACT Magazine, at the time 'convergence' was the buzzword associated with digital media. It was thought that the web brought a convergence between technology and content. As web use took off it was expected that the as long as one had content, it could be re-used easily across PC, digital TV and mobile phone (at the time WAP was the emergent standard for mobile internet access). The vision of 2000 rapidly faded as it became clear that at the time digital TV and mobile browsing were poor relations to personal computer for web browsing and that people used them in different ways. Today as serious mobile browsing platforms have become established and the industry has got excited again about the internet on TV it's time to look again at 'convergence'. I

Tipping point
Morgan Stanley suggest global shipments of Smartphones exceeded PCs for the first time in 2012, this implies a big change in the way the internet is accessed and potentially the needs of customers. Mobile browsing and mobile commerce are likely to be in increasing demand. Consumers are also likely to use other devices such as tablet PCs and e-Book readers to access the internet, whilst other devices such as internet enabled GPS and games are also likely to require increasing bandwidth.

Where new devices have offered a compelling browsing experience their use has exploded. For example Apple iPhone has a 55% share of all web browsing on mobile platforms from an installed base of 15% of the market. Apple and Android based phone’s mobile penetration is increasing massively. Android phones enjoyed a growth rate of over 1000% in the last quarter. A similar pattern is emerging with the iPad technology. The iPad is comparable only to gaming platforms such as Nintendo and Playstation in the speed with which it reached a million units sold. Both trends suggest internet consumption will continue to evolve rapidly because as internet consumption devices change so do consumers preferences for what they do online.

In the late nineties it was anticipated that widespread web access would lead to a “convergence” of media experiences with older platforms like television being replaced. What has actually happened is a divergence of interactions, new experiences have emerged on different platforms rather than old ones being replaced.

Some media types have experienced profound disruption to consumption patterns as digital distribution methods become available. There have been significant impacts on the music and newspaper industries as their distribution channels have become digital, however this content has not gone away it is just accessed in different ways. Transfer of the means of access has led to economic restructuring of these industries. In contrast other media, such as television industry have been resilient, despite falls in advertising revenue CPM rates are still far higher than on the internet and incumbent distributors have benefited from pay TV opportunities and more ways of getting their product to consumers. We’ve also seen the emergence of new media channels such as social media and ‘apps’ that offer a slices of the internet focused around specific content.

The underlying trend is that people are consuming more media. The Economist reports that between 1999 and 2009 average media consumption increased from 379 minutes per day to 458 amongst 8 to 18 year olds. Use of all media types (TV, computer games, movies and music) with the exception of print increased. People are cramming more media use into their day. With the rapid growth of new media consumption technologies such as apps and tablet PCs, (supported by the growth of 3G networks), this trend is likely to continue creating opportunities for SwissCom for tariff and service offerings to meet the increasing demand to always be connected.

New organisations
In addition to new market opportunities, increasing connectedness offers more contact points with the customer for both support and marketing. Users are able to interact with organisations both directly and tangentially via social media. These interactions can be either favourable and damaging. Social media offers opportunities to both enhance relationships by having two way conversations with customers allowing the company to understand customers and serve them better. However if social media is mis-handled or other parts of the service offering are not good enough this technology also allows disaffected customers to find each other easily and gain a critical mass for their concerns.

Finally increasing use of the internet means customers both can and expect to find support online and often be able to self serve their needs. Excellent customer service requires interaction between service channels to provide a connected experience for users. This can often mean rationalising internal silos of data, but also reaching out via social media channels to pre-emptively offer support to customers who have not yet contacted another channel. Effectively the organisation shell has become more porous as communication proliferates within and outside the company.
Posted by Unknown at 12:17 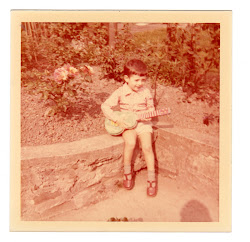